Sometimes problems occur when editing text or the text is not displayed correctly. This is usually easy to solve and you can learn how it works here.

Often these problems arise from the fact that the text is prescribed in another text program and copied afterwards.

Problems like the disappearance of text, images and the layout problems are due to this.

The problem is: Word and other office programs also save a lot of formatting in the background (all that in the square brackets) and copy it everywhere, not only into our editor, but generally into all websites.
This in turn causes the character limits in our editor to be blown up – but only by “invisible characters”. In the end, text is missing or aborted.

We already have a solution for this general problem. With the following button you remove after formatting all the characters that should not be there.
(Unfortunately, some characters are so persistent in Office that they cannot be removed even with this function).

If the characters are really gone, you can see again at the end if you click the “< >” button.

✅ Our recommendation here is: Write the texts either in a program that doesn't save formatting or best directly in the Meminto interface. This is also the safest, because we automatically cache the text state every 60 seconds. So nothing gets lost. 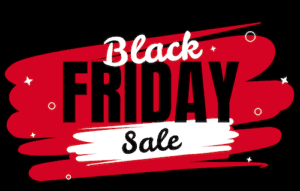